In today’s society, people are suffering from many health issues in one way or another. But when they seek help, they may find that traditional treatments and medications are not so effective, and some even have side effects, which cause more burden on our body health.

Recently, we received a testimonial from one of our customers, Kok-sum Chan, who has long been suffering from physical and mental health issues, including lower back pain, joint pain, muscle pain, high blood pressure, overweight, and depression. For him, physiotherapy and medications provided very little success. However, after using MiraMate Mini Magic for less than two weeks, he began to experience the healing benefits. Kok-sum Chan is very thankful to MiraMate and is willing to share his story with us.

Kok-sum Chan was born in Malaysia in 1949. He migrated to Canada in 1989 and settled there. Before retiring in 2010, he was an energy economist by profession.

Kok-sum Chan suffered an injury playing badminton in his twenties. Since then, he has been experiencing lower back pain. A poor posture and numerous falls on the ice living through Canadian winters have aggravated the injury, and Chan felt dull all the time. Sometimes, the pain was so bad that it disrupted his sleep, and he would wake up in the morning not feeling refreshed.

Chan has experienced very little success with physiotherapy, so he discontinued this form of treatment. He also avoided taking painkillers for fear of their addictive side effects.

As Chan grew older, he also began to feel pain in the hip joints, and his thigh muscles ached after daily exercise on the elliptical strider. He also took medication for elevated blood pressure and was on a low-carb diet due to being overweight.

Later, Chan was diagnosed with depression in his thirties and has been taking anti-depressant medications since then. 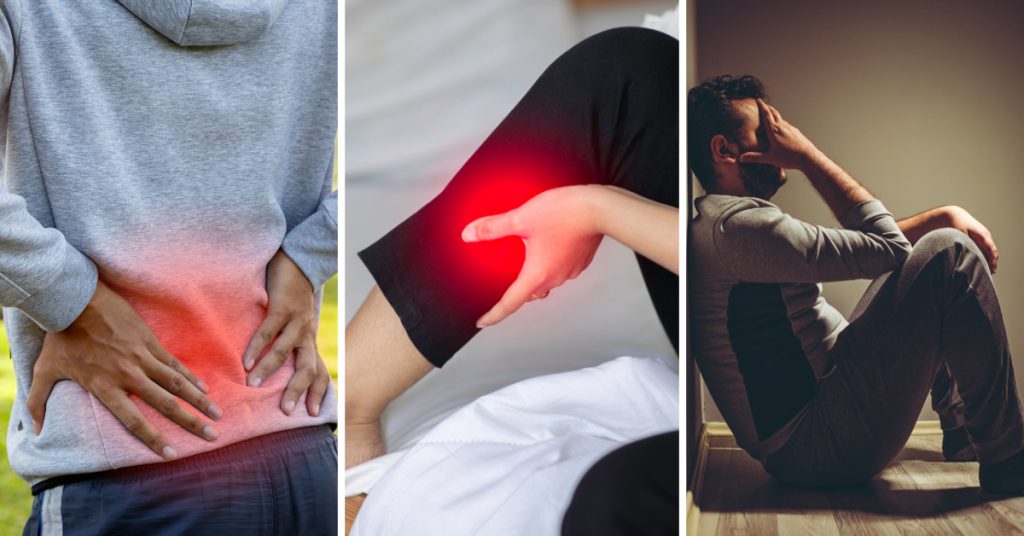 Coincidentally, Kok-sum Chan discovered MiraMate and PEMF technology when he searched for health and fitness tracking devices. At first, he was very skeptical about this form of therapy, but after further research, he began to gain confidence in the effectiveness of PEMF therapy.

After reading product reviews, he concluded that MiraMate is a reputable and reliable organization with proven devices. So, he decided to buy MiraMate Mini Magic.

Even though Kok-sum Chan has used Mini Magic for a brief period, he is honestly amazed by the healing effect of Mini Magic. He uses the quad coil for lower back pain. Chan would place them on the skin and wear a lumbar support brace to keep them in place during the night. Then, he sets the timer on the cellphone to wake him after two hours of treatment to turn the device off. He reports that his lower back pain has subsided substantially since using Mini Magic.

He also uses the quad coil to alleviate the ache in his thigh muscles. After each exercise routine, He rests for fifteen minutes and then places the quad coils on each thigh while remaining seated. Again, the pain subsides in minutes. He is so confident in MiraMate’s technology and products that he has placed another order for Big Magic!

What’s more, Chan also received other subtle benefits of using Mini Magic, including a more positive state of mind. He now sits in a more relaxed position than before, and he is confident that with more use of MiraMate, more subtle benefits will begin to emerge.

If you have similar health issues like Kok-sum Chan, then probably it’s time to give MiraMate PEMF a try! Among all the PEMF devices on the market, MiraMate Mini Magic and Big Magic are the most advanced and trusted ones praised by customers worldwide. Both devices are well-known for their outstanding features and effective healing results.

Mini Magic is perfect for short-term treatments with excellent results. Some customers even reported that they felt immediate relief soon after the treatment. Normally, you will receive positive results in a short time, if not, allow 1-2 hours of therapy sessions per day for a week. Mini Magic is designed to be small and portable, and you can use it anytime, anywhere.

Compared with Mini Magic, the low intensity of Big Magic is more suitable for long-term treatments. Generally, you can see improvements in several days but please note that as the conditions vary depending on the individual, sometimes it can take longer to see positive results. Big Magic is safe to use even if you have no health conditions. Put the mat under your sheets before you go to bed, and you will feel much more energized when you wake up in the morning.

You can also use Mini Magic and Big Magic together for better therapeutic effects, as they don’t interfere with each other. Ideally, you can use Mini Magic during the day and switch to Big Magic at night.

Click here for the full text of the review.

Newer MiraMate Summer Sale is Here!
Back to list
Older How Does 7.83 Hz Earth’s Frequency Restore Our Health?