Is the MiraMate PEMF device safe for human and animal use?

Is the MiraMate PEMF device safe for human and animal use?

Yes, MiraMate PEMF device is safe for human and animal use. In 2015, the FDA acknowledged the safety and effectiveness by reclassifying PEMF devices from Class 3 category to Class 2 which means they are safe for private individual use.

What’s more, the pulses in MiraMate PEMF device vary in pattern, intensity, and timing which maximizes their effect on your body’s cells.

Think of a top athlete, before they run their event they warm up so that the body is prepared for the event. Then they do the even, and there’s a cooling down afterwards. This is important so that they can maintain top performance whilst performing their event. They are preparing their body.

MiraMate PEMF device does the same thing. The very first programs gently warm up the body with gentle massaging frequencies. Then there is a stronger main program. And then there’s a cooling down afterward. So your body is never subjected to sudden harsh signals. It’s primed.

This is a great improvement from other PEMF devices as your body doesn’t become accustomed to the pulses and so stop benefiting from it (a phenomenon known as entrainment). Think about a clock, it may be ticking in the background tick, tick, tick. After a while, you won’t hear the ticking. Your hearing will not be tuned to the clock. You’ll ignore it.

It’s the same of pulsed electromagnetic units. If you always apply the same signal, your body will start ignoring it. So the programs in Mini Magic are constantly changing. So your body is always surprised by a change in the signal in some subtle way, but still maintaining the patterns to be of maximum effectiveness.

What’s more, all the pulses our devices send are bidirectional. Most pulsed electromagnetic units apply the signal just in one direction, like kicking a football. But this applies the signals like waves on the beach. The waves go in, and the waves go out. And so after a treatment, your body doesn’t become charged in one direction, because the charge gets flowing in and then it flows out again. So after the treatment your body charge is still neutral, however the cells in your body will still have the energy from the signals passed through them. This prevents your body from becoming overly charged during treatment. It also means you can use them safely for longer to get even more healing. 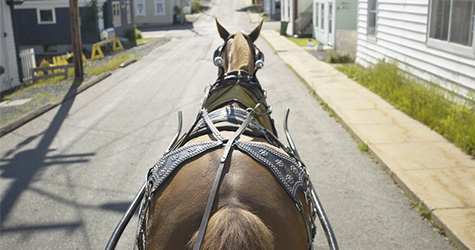 Share
Newer Are there any negative side effects from using PEMF therapy?
Older How is a therapy session conducted?

2 thoughts on “Is the MiraMate PEMF device safe for human and animal use?”