“I love my MiraMate Big Magic mat. I have Parkinson’s, and my husband has rheumatoid arthritis. I sleep on the Big Magic mat every night, and after I get up, my husband sleeps on it for a while. When our daughter visited us for Christmas, she noticed my dyskinesias weren’t as bad. I also feel my balance is better. Yesterday morning, my husband was flapping his arms about and saying his shoulders felt much better, especially his left shoulder, which caused him a lot of pain. After using MiraMate, our progress is subtle but noticeable. We are very grateful for the mat and MiraMate for making PEMF therapy affordable.”

This is the story of Kathleen, who is diagnosed with PD and shared her experience of using MiraMate Big Magic with us. If you or someone you know has Parkinson’s disease and is seeking for help, PEMF therapy can be a good choice!

What is Parkinson’s disease?

As one of the most common neurodegenerative diseases in the world, Parkinson’s disease (PD) affects more than 6.2 million people and results in about 117,400 deaths worldwide each year. The symptoms will appear slowly over time and may be categorized into the motor and non-motor symptoms, which are as follows:

Parkinson’s disease is caused by the malfunction of dopaminergic neurons in the ventral tegmental area and the dense fraction of the substantia nigra, causing damage to the basal ganglia. Cumulative evidence proves this may also relate to genetic abnormalities, environmental toxins, and mitochondrial dysfunction. 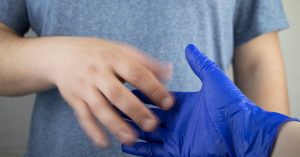 Why is PEMF therapy helpful for Parkinson’s disease?

PEMF can effectively help relieve Parkinson’s disease, as evidenced in Kathleen’s story. So, what is the theory behind PEMF?

PEMF therapy is short for pulsed electromagnetic field therapy. It works by sending healing frequencies to the body to stimulate neurons and restore brain cells to regular frequencies, making it especially helpful for neurological disorders such as Parkinson’s disease.

MiraMate Big Magic is a safe and affordable PEMF device with a PEMF mat to improve the symptoms of Parkinson’s disease. With square waves, Big Magic can penetrate the cells more easily and more quickly.

Additionally, Big Magic copies the natural frequency of the earth, which is called the Schumann resonance. In other words, Big Magic is absolutely safe to use and there is no hidden danger from overuse. You can place the PEMF mat under your pillow sheet for overnight treatment.

Big Magic offers substantial benefits for people with all forms of Parkinson’s disease. Consistent use of the device helps relieve pain and symptoms and extends the effect of medication, if you take any, thereby possibly reducing the actual intake. Hopefully, you will get less dyskinesia, a side effect caused by the long-term use of Parkinson’s disease medications.

You can watch this video to see what osteopathic doctor says about Big Magic.

Newer How Does 7.83 Hz Earth’s Frequency Restore Our Health?
Back to list
Older Great Relief of Sciatica with PEMF Therapy